The emails provide yet another glimpse into the private, off-the-record way big decisions are made in Columbia, largely guided by a powerful few with an almost cavalier disregard for elected officials or public input. That the publisher of the local newspaper of record is center stage in these private discussions makes them compellingly ironic.

By way of introduction, Waters emails both Watkins and Schoemehl, referring to "the lobbyist" and "the right people."

"Bill Watkins is the city manager," Waters tells Schoemehl in a Jan. 28, 2009 email. "He and I will talk right away to decide how we want to use your estimable skills....Then, when we know our city schedule, we'll know how to plan some misbehavior with the lobbyist."

Then to Watkins: "Bill, Vince Schoemehl is the former Mayor of St. Louis and a candidate for governor -- one of the best ever, in my view....I'm thinking you might like to get a small group of the right people together to hear a report from Vince and ask him questions."

Suggestions of public discourse do arise, but always tempered with assurances of privacy and private meetings with top public officials.

"Would you be willing to make your report at a public meeting?" Waters asks Schoemehl. "I'm not sure [city officials] would want to do this....We always could have a private meeting also with the mayor and city manger (sic) to talk about more intimate details.""Maybe you only want yourself and Darwin, but Vince would be happy to meet with others....I'm open-minded about a larger meeting open to the public," Waters emails Watkins. "Or would you rather get the word from him more privately? If you can come for Stag tomorrow, we could discuss more fully."

On receiving the Waters/Schoemehl exchange, Watkins says he'd love to meet with Schoemehl -- coincidentally, an old family friend -- and could bring "several folks from city hall, including Darwin and probably another Council person or two. My father was Vince's first treasurer when he ran for alderman."

Watkins then directs assistant city manager Tony St. Romaine: "Need you to work with Hank to set up." St. Romaine follows by emailing Schoemehl links to the city's TIF commission; its Downtown Leadership Council; and the Sasaki Study.

Waters sets up an afternoon meeting for February 12, 2009. "Vince, the plot thickens. Apparently you know the Watkins family. I'll clarify the meeting deal, but it seems the most likely at this point is a small private gathering with a few city officials. Bill is flexible."

The "small private gathering" then gets even smaller. "I'm thinking we should gather mid-afternoon with the city folks, then the few remaining principals can go have a drink," Waters emails Schoemehl. "That would be you and Bill and the lobbyist and girls we might pick up for dinner."

Next time: The Tiger's fate sealed and the Lobbyist revealed? 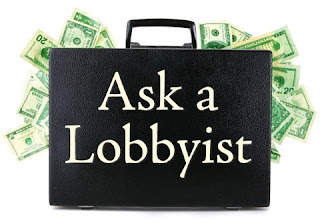 Email ThisBlogThis!Share to TwitterShare to FacebookShare to Pinterest
Labels: Scandal