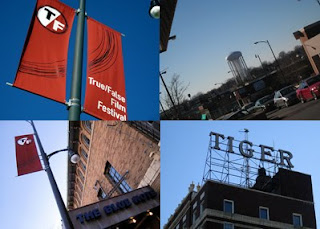 SHOCKING MU CONTRACT:  Settles City Hall debt
Part 3 of an investigative series
COLUMBIA, 10/30/09 (Beat Bytes) -- On September 24, 2009, with neither the advise nor consent of the Columbia City Council, public works director John Glascock entered into a formal agreement with University of Missouri facilities director Gary Ward, following a meeting between city and campus officials on July 14, 2008 -- one month before Glascock would submit a $1.1 million sewer rate hike for approval to the city council.
Years of underbilling for sewer service at MU was costing the city nearly $1.2 million annually by estimates of sewer maintenance superintendent Bill Weitkemper, a career city employee who uncovered city-wide underbilling in March 2006.  The MU contract gradually ramps up payments, starting at $60,000/year ($5,000/month) and increasing by that same amount for 10 years, finally reaching $600,000/year.   The contract is unclear about how the past underbilling is collected, if ever, and never approaches $1.2 million yearly.
A letter confirming the deal reveals the true nature of the astonishing oversight, raising the University's sewer rate over 1,000 times!   "Dear John [Glascock]," writes Ward.  "The University of Missouri...agreed to increase the sanitary sewer basic monthly service charge from $4.35 to $5,000.00 per month."
That's right:  From $4.35 to $5,000 per month!
The flabbergasting MU/Glascock contract also departed substantially from protocol in which the City Council reviews and approves virtually every city-related deal or project, as one look at any given council agenda attests:  http://www.gocolumbiamo.com/cfforms/agenda/agendadetail.cfm?&UID=264
At this Monday's meeting, for instance, council members will be considering just such an agreement with MU, this one related to solid waste:
http://gocolumbiamo.granicus.com/MetaViewer.php?view_id=2&event_id=2&meta_id=9827
Why Glascock and city manager Bill Watkins chose to withhold the MU sewer agreement from public scrutiny speaks volumes about how it came to be in the first place.  It also raises questions about why Glascock and Watkins have prodded the council to raise sewer rates while pushing the public to vote for multi-million dollar sewer bond issues absent knowledge about this critical and ongoing shortfall.
Business as usual?
In a November 2007 report entitled "City of Columbia Sewer Utility Billing Irregularities and Recommendations," Weitkemper referenced a play from the good ol' boys handbook.  Identifying the University of Missouri as the "single largest source" of uncollected sewer revenue, Weitkemper wrote, "Apparently many years ago, someone with the City made some type of unwritten agreement with someone at the University, and the University has only ever been charged a single basic sewage service rate."
The unwritten agreement violated city law and cost ratepayers a fortune.  "It is my understanding that recently the University has agreed to pay the City an additional $1.2 million per year in sewer revenue," Weitkemper continued.
That was in November 2007.  It wasn't until September 2009 that Glascock revealed the real deal, which is nowhere near an additional $1.2 million annually.
Gross underestimates, "special" agreements
In a detailed September 2008 email to city manager Watkins, Weitkemper complained that in an employee award citation, his supervisor Terry Hennkens lopped nearly 4,000 underbilled premises from 6,000 identified in an internal audit.

Karl Skala
Columbia Third Ward City Councilman
573-474-2195
SkalaforCouncil@yahoo.com
Columbia Missourian columnist David Rosman invites readers to check out his new commentary blog, devoted to a different set of issues than his long-running Missourian column:
www.inkandvoice.wordpress.com
The City of Columbia's meeting calendar for the week ending November 6 is now available on the City's website at
http://www.gocolumbiamo.com/Neighborhoods/Neighborhood_Associations/documents/CityCalendar_2009_11-06.pdf
HOUSING NEWS:  From Bank of Missouri's Tom Stone
"THE DEVIL IS IN THE DETAILS..." Or so the famous saying goes. And when it comes to really understanding the various reports and events unfolding in the economy, it's important to take a look at the details - not just the headlines. Here's what you need to know.
On the inflation front, the Producer Price Index, which measures wholesale inflation, unexpectedly fell due to a drop in energy prices. While that seems like good news on the surface, keep in mind that next month's number could climb higher again, as oil and natural gas have both been on a tear higher lately.
In housing news, Housing Starts and Building Permits both came in a bit below expectations, but this may be a sign that builders are exercising some caution - particularly in the face of the $8,000 tax credit for first time homebuyers that is presently set to expire on November 30th.
Existing Home Sales came in better than expected - and a whopping 45% of those homes were sold to first time homebuyers - rushing to move in on that credit. Recent studies have shown that many who qualify for this tax credit aren't even aware of it...so please let me know if you or someone you know needs more information - the clock is ticking!
Additionally, the level of existing homes inventory shrunk to a 7.8 month supply, down from a recent high of 10.1 months in April.
Tom Stone
The Bank of Missouri
Asst. Vice President
Office:  573-874-4700
Cell:  573-489-4059
www.bankofmissouri.com
tstone@bankofmissouri.com
Mike Martin
Blogitor in Chief
The Columbia Heart Beat
http://columbiaheartbeat.blogspot.com